Coronavirus: What’s happening in Canada and around the world on Monday

A new variant of the coronavirus first seen in Britain has been detected in several countries — including Canada — amplifying worries about its spread.

The latest case was reported in Alberta on Monday, when Dr. Deena Hinshaw announced 4,488 new cases and 112 deaths in the province between Dec. 23 and Dec. 27. Alberta has now surpassed 1,000 deaths due to COVID-19.

Hinshaw said the person infected with the variant had recently arrived in Alberta from the U.K. The person did everything they were supposed to upon arrival, including staying isolated from others, and there is no evidence their illness has spread, she added.

She said health officials in Alberta are working with the Public Health Agency of Canada to obtain a list of people who were sitting near the infected person on their flight to Alberta, but she believes the risk of transmission is low.

“It is important to remember that the public health measures in place are protective against this variant, and the best thing we can do to protect each other is to follow them,” Hinshaw said at a news conference.

The first reported Canadian cases, identified in a couple in southern Ontario, came as the province went into a lockdown on Saturday. The pair had contact with someone who had recently returned from the U.K., health officials later said.

“This further reinforces the need for Ontarians to stay home as much as possible and continue to follow all public health advice, including the provincewide shutdown measures beginning today,” Dr. Barbara Yaffe, Ontario’s associate chief medical officer of health, said in a statement.

On Sunday, health officials in British Columbia and the Ottawa area said they had identified people infected with the variant of the coronavirus first identified in the U.K.

The B.C. case was found in someone from the Island Health region who had recently returned from Britain. The case was detected when the person developed symptoms while in quarantine, a statement from Provincial Health Officer Dr. Bonnie Henry and Health Minister Adrian Dix said.

The statement said a “small number of close contacts have been isolated and public health is following up with them daily.”

Health officials in the Ottawa area said the case in that region also involved someone who had recently travelled from the U.K.

“The Ottawa Public Health Department has informed the individual who is now in self-isolation. Case and contact management investigation is underway,” a statement said.

Quebec on Monday reported 2,265 new cases of COVID-19 and 37 additional deaths, bringing the provincial death toll to 8,060 — and the national total to more than 15,000. Hospitalizations in the hard-hit province stood at 1,124 with 150 COVID-19 patients in intensive care units, according to a provincial dashboard.

Manitoba health officials announced 107 new COVID-19 cases and nine additional deaths on Monday. The case count marks the lowest single-day total since Nov. 3, although the 1,076 tests completed on Sunday was the lowest since Sept. 14.

In British Columbia, Fraser Health declared two new COVID-19 outbreaks at senior care facilities in the Lower Mainland on Monday, while an outbreak at Agassiz Seniors Community has been declared over.

The first shipments of the Moderna vaccine arrived in the North on Monday. Both Yukon and the Northwest Territories received 7,200 doses.

New variant appearing around the world

Prime Minister Justin Trudeau last week announced that Canada is extending its ban on passenger flights coming from the U.K. until Jan. 6.

The variant was first identified in the United Kingdom but has since been detected in several other countries, including France, Belgium, Australia, the Netherlands and South Korea.

The Korea Disease Control and Prevention Agency said Monday the cases have been confirmed in a family of three people who came to South Korea on Dec. 22.

Health officials in Finland reported their first case of the new variant on Monday, saying the case was in a Finnish citizen who had recently arrived from Britain for a Christmas holiday. The person’s recent connections were traced and his family members have been isolated. Finnish health officials said they believed the variant hasn’t spread further.

Nordic neighbours Sweden and Norway reported their first cases of the new COVID-19 variant on Saturday and Sunday, respectively. Denmark reported its first such case earlier in December.

Dr. Bruce Aylward, a senior adviser to the World Health Organization director general, told CBC’s The Current on Monday that it’s still “early days” in terms of the new variants in the U.K. and South Africa.

He said governments and people need to keep “as much pressure” on the virus as possible by sticking with public health measures like physical distancing, masking and handwashing.

“Because if you give it space there’s going to be more mutations; there will be emergence of more concerning variants as we go forward,” Aylward said.

WHO director general Tedros Adhanom Ghebreyesus said at an online news conference Monday from Geneva that “there will be setbacks and new challenges in the year ahead — for example new variants of COVID-19 and helping people who are tired of the pandemic continue to combat it.”

He said that the WHO is working closely with scientists across the world to “better understand any and all changes to the virus” and their impact.

Tedros said he wanted to “underscore the importance of increasing genomic sequencing capacity worldwide” and of sharing information with the UN health agency and other countries. He said that “only if countries are looking and testing effectively will you be able to pick up variants and adjust strategies to cope.”

The Public Health Agency of Canada has said early data suggests the new variant may be more transmissible, but there is no evidence the variant causes more severe symptoms or impacts vaccine effectiveness.

What’s happening in the U.S. 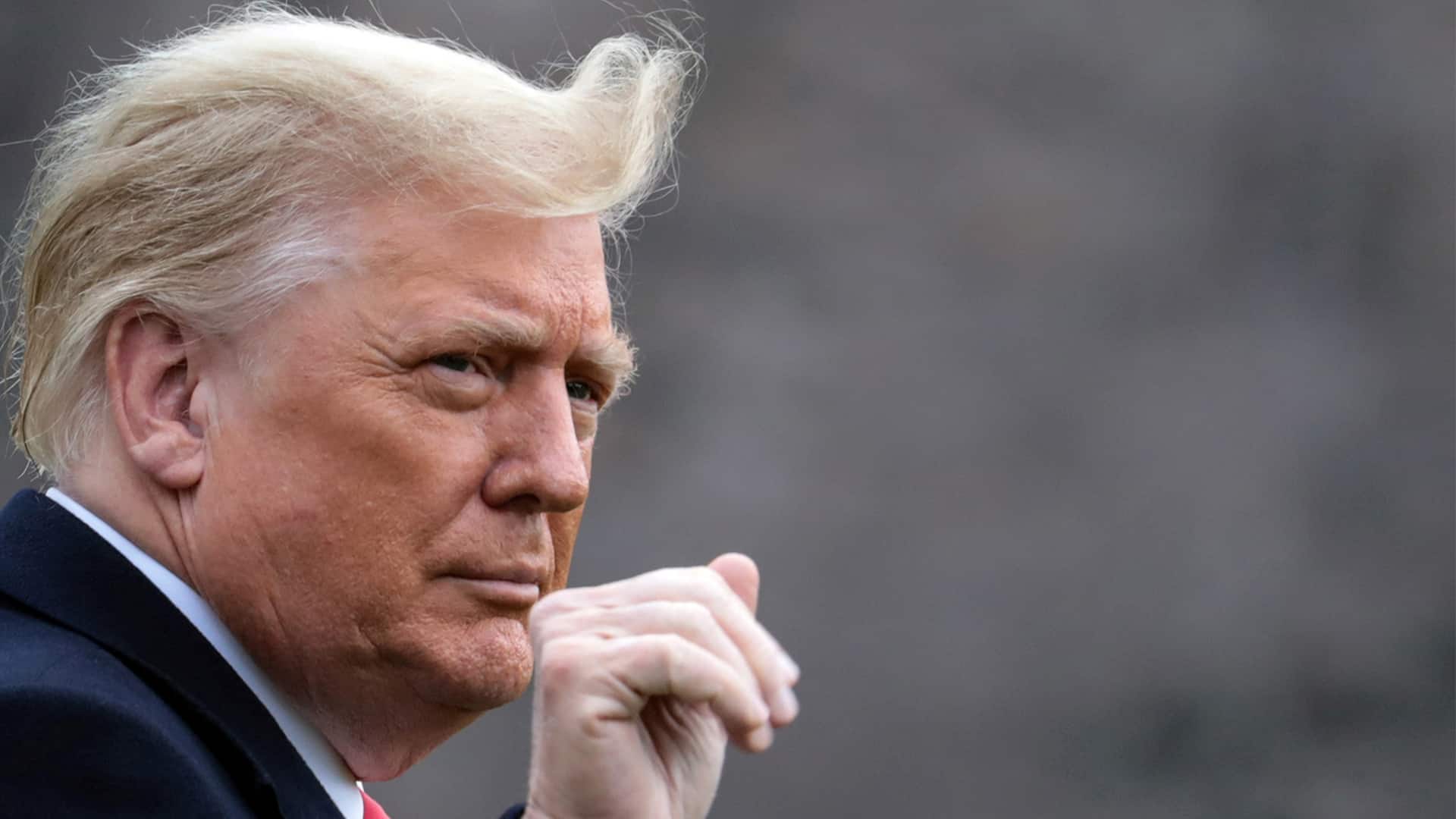 U.S. President Donald Trump on Sunday signed into law a $2.3-trillion US pandemic aid and spending package, restoring unemployment benefits to millions of Americans and averting a federal government shutdown in a crisis of his own making.

The U.S. Transportation Security Administration said it screened 1.28 million passengers on Sunday at the country’s airports, the highest number since mid-March, when the coronavirus pandemic slashed travel demand.

The number of U.S. air travellers is still about 50 per cent lower than the same date last year, but Sunday was the sixth day in the last 10 that volume surpassed 1 million. The rise comes despite public health officials urging Americans to avoid holiday travel this year.

The U.S. has now seen more than 19 million cases of coronavirus infection since the pandemic began, data compiled by Johns Hopkins University shows. America passed that mark on Sunday, just six days after it reached 18 million. The nation’s case numbers have more than doubled in less than two months.

California, which has seen more than two million confirmed cases of the novel virus, is expecting its situation to worsen as travellers return home after the holidays.

State officials are expected to extend the strictest stay-at-home orders in central and Southern California as hospitals there are quickly running out of intensive care unit beds for coronavirus patients ahead of the presumed post-holiday surge.

State stay-at-home orders for the San Joaquin Valley and Southern California are set to expire Monday. State officials say the orders are likely to be extended but did not make a definitive ruling Sunday afternoon.

What’s happening around the world

As of Monday evening, more than 81.1 million cases of COVID-19 had been reported worldwide with more than 45.8 million considered recovered or resolved, according to a case-tracking tool maintained by Johns Hopkins University. The global death toll stood at more than 1.7 million.

Novavax Inc. has begun a large late-stage study of its experimental COVID-19 vaccine in the United States, the drug developer said on Monday, after delaying the trial twice due to issues in scaling up the manufacturing process.

It will enrol up to 30,000 volunteers across about 115 sites in the United States and Mexico, with two-thirds of them receiving the shot 21 days apart and the rest getting a placebo, the company said.

Novavax lags behind other drugmakers in the global race for COVID-19 vaccine, with shots from Pfizer and Moderna authorized for emergency use in the United States.

In Europe, Spain’s COVID-19 death toll surpassed 50,000 on Monday, while the number of infections per 100,000 people fell for the first time in nearly three weeks, health ministry data showed.

Health Emergency Chief Fernando Simon told a news conference the figures showed a “stabilization” in the level of contagion and a reduction in the number of deaths. Still, he warned the data could be revised in the coming days, as the Christmas holidays likely caused some disruption to the statistics submitted by regional authorities.

Germany’s confirmed death toll in the coronavirus pandemic has topped 30,000 as the country hopes its lockdown will bring down case numbers. The national disease control centre, the Robert Koch Institute, said Monday that another 348 deaths were reported over the past 24 hours, bringing the country’s total to 30,126.

Moscow has started offering a domestically developed coronavirus vaccine to people older than 60 after Russia’s health ministry cleared it for use among the elderly.

Earlier this month, mass vaccination against COVID-19 started in Russia with the Sputnik V vaccine, which is still undergoing advanced tests among tens of thousands of people needed to ensure its safety and effectiveness. Front-line workers, such as doctors and teachers, were the first in line to get the shots, and until Saturday only those aged 18-60 were allowed to be vaccinated.

In Africa, South African President Cyril Ramaphosa reimposed a ban on alcohol sales and ordered the closure of all bars Monday as part of new restrictions to help the country battle a resurgence of the coronavirus, including a new variant.

In a nationwide address, Ramaphosa also announced the closure of all beaches and public swimming pools in the country’s infection hotspots, which include Cape Town, Johannesburg, Durban and several coastal areas.

South Africa will extend its nighttime curfew so all residents must be at home from 9 p.m. until 6 a.m., the president said.

The president said that wearing masks is mandatory and that anyone found not wearing a mask in a public place will be subject to a fine or a criminal charge punishable by a possible jail sentence.

He said the increased restrictions are necessary because of a surge in COVID-19 infections which has pushed South Africa’s cumulative virus cases above one million.

In the Middle East, Iran reported the lowest daily fatalities in more than three months.

In the Asia-Pacific region, Beijing tightened measures meant to curb COVID-19 over concerns that China’s mass travel during the holiday period could cause cases to spike in the capital.

South Korea, which continues to report near-record numbers of new cases each day, said it will extend physical distancing measures for another six days, to Jan. 3.

Sydney’s outbreak continued with more than a quarter million people in lockdown as Australia’s largest city awaited word on whether any public New Year’s Eve celebrations will be allowed.

In the Americas, Brazil’s vice-president Hamilton Mourao has tested positive for COVID-19, his office said Sunday. Brazil has seen more than 7.4 million cases of the novel virus, with more than 191,000 deaths, according to Johns Hopkins.

The tech winners and losers of 2020