How do England fix their middle order? Who should replace Wood?

There was first the rattle. Followed by chaos. Then, for a little while, only silence. But now a rip-roaring, spine-tingling, expectation-defying Test series is ready to go again. India are clearly in the ascendancy. They’ve shown skill and strength. They’ve shown hunger and guile. They’ve been dominant. They’ve been relentless. And now they have a chance at creating lasting history. Only once has an Indian team left an England tour having won more than a single Test match. Virat Kohli and his men not only have Joe Root and his boys in their sights, but also Kapil’s Devils from 1986.

The current state of affairs has as much to do with India’s investment in Test cricket as England’s deviation from it. Eoin Morgan has turned the one-day team into a demonic entity. The batting line-up alone triggers feelings of being locked inside a haunted house. You’re just about catching your breath after getting through one scary meanie and poof, another one is already on you. Joe Root doesn’t seem to have the same calibre of resources at his disposal. Although, having gone 1-0 down, England have promptly called up the No. 1 ranked T20 batter in the world with a Test match average of 27. It is clear that their chances in this series are tied to finding someone – anyone – who can stand with the captain, who has looked indomitable at the crease, and somehow help him with the whole run-making business.

On this tour, Virat Kohli has experienced the jubilation of winning, the vindication of his tactics and the pride of leading a team that fights until the very last second. The one thing he’s yet to savour is the thrill of scoring big-match runs. In 2018, he had the aura of a gladiator and through sheer force of will he made the runs flow. And while they’ve not quite stopped, it’s been a while since he’s played the kind of innings that he is known for; that he’s built a career around.

Root is pretty much the superhero in this line-up. If he ever adds a G to the front of his name and speaks the same three words over and over again, Marvel might even try to sue. But while Groot could trust the Guardians of the Galaxy to help him out when he’s in trouble, England’s captain has Jonny Bairstow, who is only just coming back in form, Jos Buttler, who has heaps of potential but is yet to translate it into consistent Test-match performance, and Moeen Ali, who has been in and out of the side. Headingley would be the perfect place for these senior players to stand up and be counted. 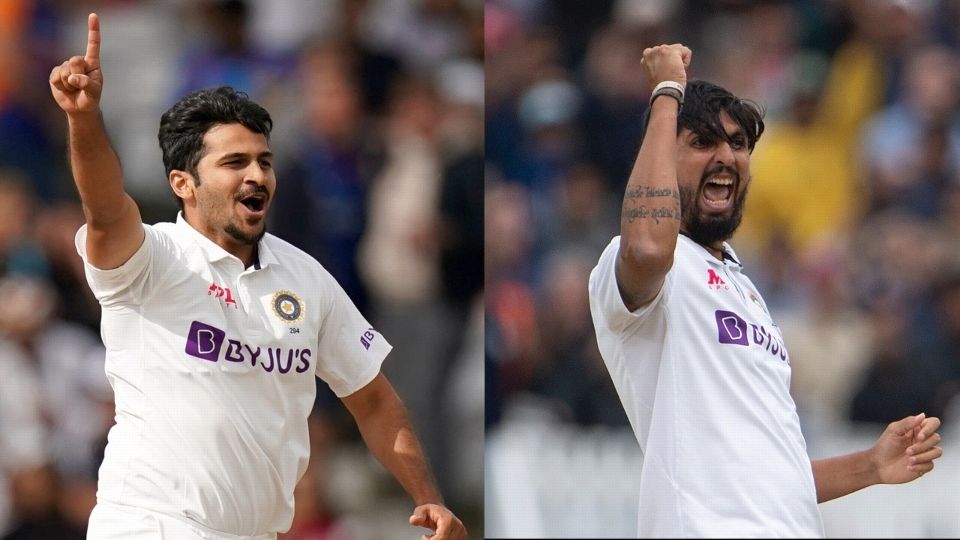 
Steve Harmison: If everyone is fit, India should roll the same four quicks out

The biggest debate involving the England XI is a toss-up between Craig Overton – who can bowl a lot of overs and has the advantage of being a pretty decent batter as well – and Saqib Mahmood – who has had an incredible white-ball summer and presents greater wicket-taking threat.

There is precious little reason for India to tinker with the XI that won at Lord’s, what with all of their players injury-free. But the pitch in Leeds is expected to be rather slow and Hanuma Vihari was seen vigorously fine-tuning his part-time offbreaks on the eve of the match. So there may be a slight chance he gets in at the expense of a fast bowler.

While most surfaces in England do lean seamer-friendly, the suspicion is that this one won’t have a lot of pace. Kohli even noted how there wasn’t so much grass on it in the pre-match press-conference. The weather forecast for the Test suggests it will be a largely dry five days, with cloud cover.

“There’s three massive games to play in the series. It’s a lot to play for and we’re desperate to bounce back strongly”
England captain Joe Root

“I am not bothered about criticism. As I said, people criticise only important people”
India vice-captain Ajinkya Rahane

Alagappan Muthu is a senior sub-editor at ESPNcricinfo

India-England Will Be Face To Face In The Final Of U-19 World Cup, Shafali Verma Roared | T-10 News

IND Vs NZ 2nd T20I: With These 3 Worries Team Hardik Step In To Ground In Do Or Die Match, Know Both Countries XI | T-10 News

India-England Will Be Face To Face In The Final Of U-19 World Cup, Shafali Verma Roared | T-10 News

IND Vs NZ 2nd T20I: With These 3 Worries Team Hardik Step In To Ground In Do Or Die Match, Know Both Countries XI | T-10 News