Another overseas Test, another flourish from India’s lower order. Jasprit Bumrah‘s day began as a batter in a hostile environment; by the end of the day, he and Mohammed Shami had turned the pressure around on England so swiftly and clinically that the hosts, who were in control of the game coming into the last day, folded in the final hour as India went 1-0 up in the series.

India were 154 ahead when the day began, with Rishabh Pant and the bowlers left to contend with the second new ball. For the first half an hour, everything went according to plan for England. Their relentless, disciplined attack at India on Sunday evening had set them up to go all guns blazing.

Pant has foiled a plan or two this year, including on England’s tour of India in February, and he was priority number one. They got him early, when he nicked behind on the forward defensive. India were 167 ahead then, with three wickets in hand.

It was a big gamble they had taken on the first day to play four fast bowlers, bringing a pure bowler in Ishant Sharma to replace the injured Shardul Thakur while they had allrounders R Ashwin and Axar Patel on the bench. Given that reality, England couldn’t have imagined what came next – a dogged resistance that took victory out of the picture, and ended on India’s terms 104 runs later, ten minutes after lunch, when they declared after Shami and Bumrah had added 89 runs for the ninth wicket. England never recovered.

In the post-mortem, they’ll identify their bowling to India’s tail – particularly Bumrah – as the phase where everything went awry. Mark Wood, who had gone off with a shoulder injury on Sunday, didn’t start the day on the field; he did, however, come back in, although not at full fitness, for a burst of short-pitched bowling. That seemed to be the plan from the other end as well, as England attacked India’s lower order with intimidating bowling, ostensibly for the treatment they had dished out to James Anderson at the end of England’s first innings.

The execution was good enough, but Bumrah and Shami weathered a storm that turned out in the end to be a major distraction for England from the job at hand. Bumrah, usually a genteel figure on the field, argued and battled on, wearing a few blows on the body. One of them hit him on the helmet and pinged in third man’s direction, only for him to hold his hand up and deny a single, with two balls remaining in Wood’s over. The clear message was that he was ready to take what he had previously dished out.

It was a message England didn’t heed as bouncer after bouncer was delivered at the pair, to the point of the bowlers tiring out of sheer frustration, and eventually being unable to breach the defenses of Bumrah and Shami. When England attacked the stumps, they both picked off boundaries, and soon enough Shami was past fifty, bringing out his favoured heaves over midwicket against Moeen Ali.

India finished that opening session, having gone at more than four an over, and the possibility of a win was now distant for England. 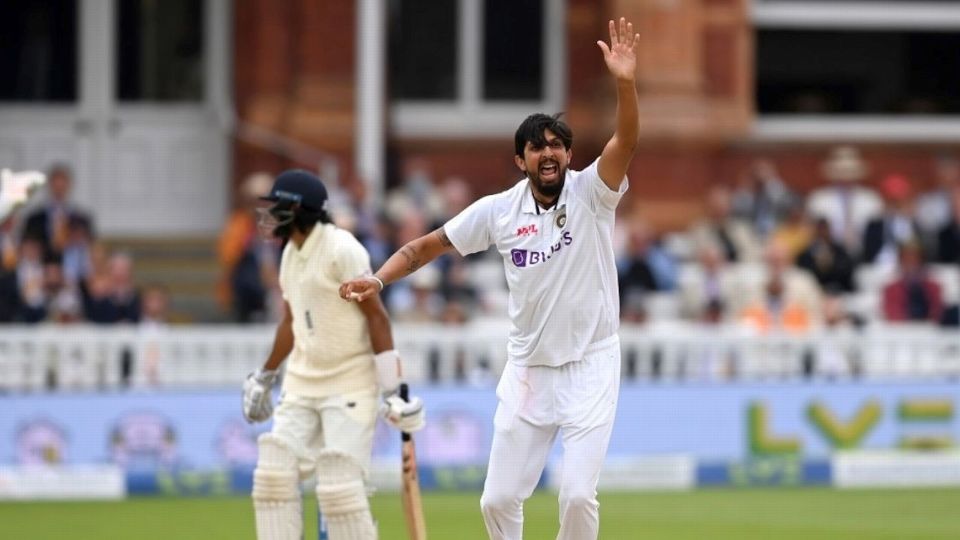 
Why were India’s quicks more effective than England’s on day five?

Varun Shetty is a sub-editor at ESPNcricinfo